skip to main | skip to sidebar

Panic attack on your ears - Feed for your soul

Four number one hits, outsold venues and their band Perez as one of the most successful South African bands ever – these are the little nothings, which Nic and Adam decided to leave behind themselves in 2003.

It was time for them to expand their possibilities, to go beyond the limitations of the small African market for rock music. So the two close friends left home and crossed the borders to Europe.

They started "Go Panic!“ – an indie-rock band with a unique sound and a fresh and inventive songwriting.

"Go Panic!“ is a band with musicians from South Africa, Australia, USA, Italy and Germany. They convince their audience with vivid and complex melodies and make them rock – without any limits and compromises.

As if David Bowie would invite the Pixies over for dinner.

The songs talk about significant, edgy experiences of life – borned by the unconventional and expressive voice of Nic. They remind a bit of Placebo or Muse – if comparisons are allowed.

3 out of 4 songs of the debut EP "Big Man“ charted on numerous online music sites and have received heavy rotation on various radio stations in Germany.

In winter 2005, while the band was still at the studio working on their follow up album "Go Panic", the Physical EP "Big Man“ was released in one go with the 7“ Vinyl Single "Big Man” - and is available as Digital EP now.

Email ThisBlogThis!Share to TwitterShare to FacebookShare to Pinterest
Labels: A Part Of Me, go panic, MyVideo, YouTube

Isaac Hayes, the singer, songwriter and musician whose "Theme
From Shaft" won Academy and Grammy awards, died on Sunday.
He was 65.

"Dont You Want To Want" Up On @ Garageband

Hi folks,
today we uploaded song no. 2 from our album to Garageband.com.
You will find the lyrics too.

"Dont You Want To Want"

Hi world,
if you are interested in German bands and related activities than you should
visit Bandliste.
They have listed 12.531 bands, concerts dates, festivals and 3.652 locations.
You should speak German if you want to read, but also music, including web broadcasting is provided.
What are you waiting for? 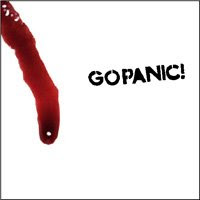